While MacOS has had apps enabling ordinary users to easily make custom keyboard layouts (e.g. Ukelele) for a long time already,  the same is not true for iOS.   Users still have to rely on apps produced by developers and offered via the app store.  Below is some info on how these can be made by people with the necessary skills.  The first link relates to making files for the Keyman app, which have to then be compiled on a Windows machine.  The other 3 are tutorials for iOS programmers.

These links are only for screen keyboards.  Development of hardware keyboard layouts remains a mystery.


If you can make do with somewhat more limited custom input functionality, have a look at Unicode Pad Pro.

Posted by Tom Gewecke at 4:46 PM No comments: 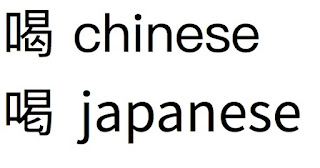 Posted by Tom Gewecke at 3:01 PM No comments:

Apple's Chinese Input Methods do not yet include one for Cantonese.  Those who need this should check the following pages for some options:

Posted by Tom Gewecke at 2:34 PM No comments: